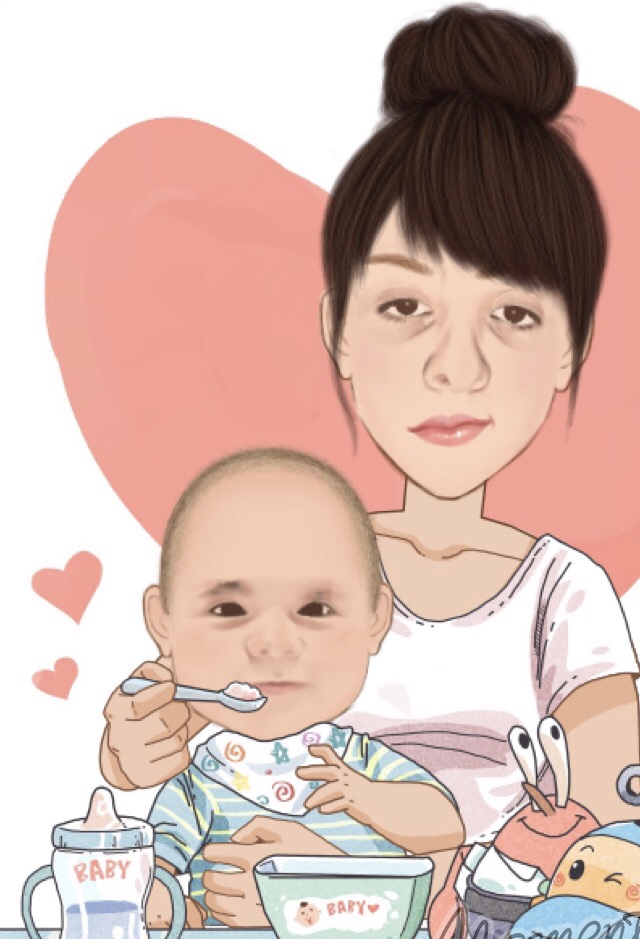 The first few weeks Bee was pooing on average 8 times a day. We nailed a system pretty early on that stopped the nappy rash in its path. And we learnt not to change his nappy immediately after a poo – why you ask? Because the first poo was a pre-poo trap! One to lure you in and wait for you to take his nappy off – and then just when you’re vulnerable (mid nappy change) he’d hit us with the real mother load.

We dealt with poonamis on the regular – a favourite episode of mine was when he decided to drop a ‘burn the babygrow’ korma poonami in the middle of John Lewis.

Then after a couple of months it started to slow down and he got more or a regular pattern of once or twice a day. Which was a blessing when he started crawling, as just when you think you’ve nailed this nappy changing business they gain the ability to escape you mid change, and you find yourself desperately trying to stop them leaving pooey bum prints on your mums cream carpet.

Weaning was our next challenge – it’s totally normal and understandable for non HD babies to get constipated when they start solids. Remember they have  been on a liquid diet their whole lives! So we started slowly and cautiously weaning him with a few fruits and veggies. The faces and grimaces he made on his first tastes were priceless. And obviously this affected his bowels, and he got a wee bit bunged up. So we started plying him with pears and prunes…except they made the situation worse! They gave him insane gas and when the prune poos finally landed – boy did we know about it.

But we ploughed on! At 6 months we realised he had some pretty severe allergies (I will go in to detail about those another time) and once we got those sorted we managed to get his poo to a normal colour and finally got him to stop vomiting.

And we chugged along – his bowel movements changed monthly. One month he’d go every day, the next just three times a week. Then we had two blips, one caused by teething but rectified with some washouts and another caused by a tummy bug, but fixed with some glycerol suppositories. But what mattered was that he was going, and that he wasn’t distended. And this carried on for 9 months.

And then boom, out of nowhere he stopped. No reason why, no diet change. He just stopped.

Then we tried lactulose – this one didn’t really work for us at all. He’d strain and strain with no relief.

Then movicol – this worked for a month.

Then Senna – this worked for a week.

And let me tell you, I’m a hopeless optimist. Every time we get prescribed one of these things I imagine comedy style scenes of them being so powerful they have him pooing madly. But nope that’s not the case.

He got to the stage where nothing worked. His surgeon was away. The GP told us this was out of his depth and he didn’t know what else was licensed for someone bees age. Bee ended up basically on hunger strike, with intermittent vomiting episodes and dry nappies in the middle of a heatwave. So we put him back on washouts. Not easy with a then 16month old on solid food, it’s pretty much a complete different technique to washing out a baby on just milk, but after getting bigger tubes and working out which syringes worked best…We got a washout to work! And now it’s like bee knows that this is something which makes him feel better, so he lays there like an angel and watches the iPad while we do it.

This is a text widget, which allows you to add text or HTML to your sidebar. You can use them to display text, links, images, HTML, or a combination of these. Edit them in the Widget section of the Customizer.