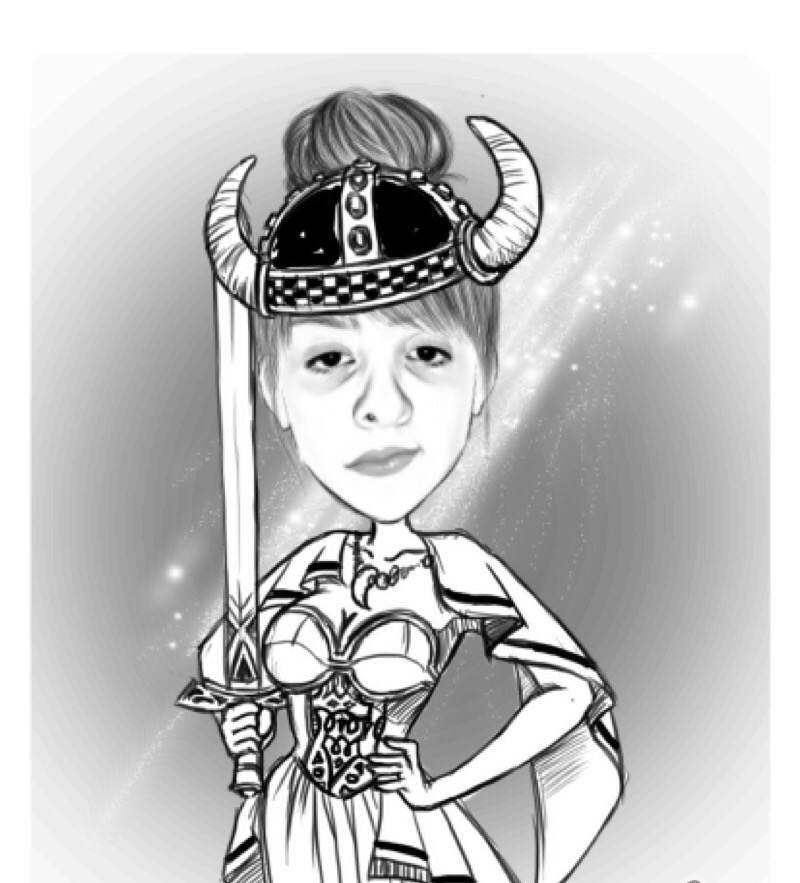 After a pull through operation one thing parents will have to face during their child’s recovery is nappy rash.

Because of the numerous HD Facebook groups I’m on, I was ready for this. And I’m incredibly thankful to the parents on those groups for being so open about the struggles they were having with nappy rash and what they were found working and what wasn’t, as this really helped get us prepared before the operation. It also helped us prep for the scale of nappy rash, which is much worse than the nappy rash a non HD child would get.

Here’s a few things we did that worked for us.

Firstly a few months before the operation our surgeon suggested we do something slightly unusual in our daily routine with Barney, he stressed that he has no idea if it worked, but that he had another parent also trying it. He told us to get some of Barney’s poo (which at this point we were getting out via the twice daily washouts) and rub it on his bum. The idea being to expose his bum to some poo beforehand, to hopefully get the skin used to it and for it to start toughening up.
So everyday when we did the washouts and when we first put the tube in, before putting in any saline at all, we were sometimes able to get out some poo. We then got this in a nappy ready to smear and leave on his bum for a few hours after the washout. Now, I have to say, rubbing poo onto your child’s bum is a weird experience – it’s the absolute opposite of what your instincts are to do

Secondly I had read parents saying that the nappies they were using were exacerbating the nappy rash, because the nappy would get stuck to the skin alongside the poo, and cause the skin to come off when the nappy was removed. So when we put the poo on Barney’s bum everyday we tried out different nappies to see how they reacted. Unfortunately I found that the big two brands we used really got stuck to his skin, that was Pampers and Mamia nappies.

Luckily my sister had seen an advert for a smaller brand of nappies sold online, Beaming Babies Biodegradeable nappies – the brand claims to have a lot less chemicals in the nappies (one of the main causes of nappy rash). So we brought some of these and gave them a go! They are fantastic nappies, they are made differently so don’t have the same sort of mesh material as normal nappies and so don’t get stuck to the skin with the poo! We stock piled these before the operation. The only downside being they are a lot more pricey than your standard nappy! 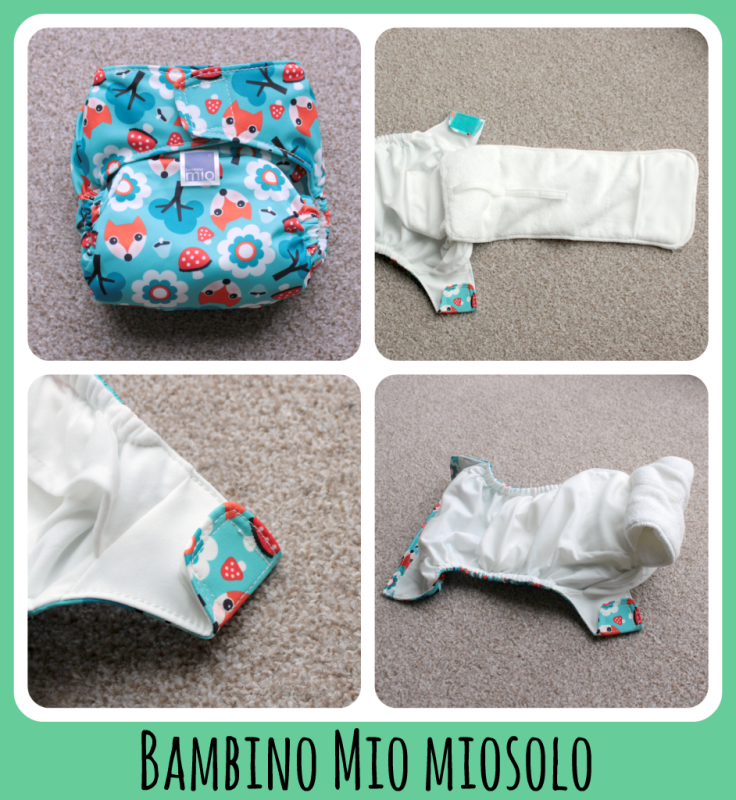 I had also heard very similar good things about reusable cloth nappies, however because we didn’t know exactly how many times a day he would be pooing after the op (some kids go a few times an hour) we thought it best to put these on hold.

However now we are a few months down the line and his bottom has got more of a regular pattern to it, we do use reusables. It can be a bit overwhelming because there are so many brands and types of reusables, so I’d advise you to seek out your local cloth nappy library/group and ask them to show you a demo kit and talk through it all.

Also as soon as you mention them to an older relative they will just start telling you negatives about when they used them, because that’s all they had, and what a pain they are. Just ignore them! They are so easy to use nowadays, no fancy folding or pinning. Just Velcro/poppers and a cloth liner to soak it all up. They also come in some super cute patterns.

We don’t use cloth all the time – however we have a routine of using them in the mornings and more often if he has nappy rash. I think they are a lot more breathable for their skin when they have nappy rash, so I always think it helps.

This is so important! Think about when you get a cut on your finger and you put a plaster on it constantly for a few days, when you take the plaster off it’s all moist and shrivelled like a cocktail sausage. You need to give your little ones nappy free time every day. Once we were discharged from hospital we did 30mins to an hour every day. This is so you can get some air to the skin, let it breathe, dry out and heal. To help with this we used inka pads given to us by the hospital, or nappy training mattress protector sheets, or puppy pads. If your baby is small you can cut these in half or quarters so you get more out of them.

Finding the right cream that works for your child sadly isn’t a straight forward thing, and it may take a few weeks to get the right one, and the only way to do it is trial and error.

In the hospital we were given medihoney to use, although this didn’t work for us, and in my opinion is pretty naff as it’s not thick at all so barely creates a barrier, let alone a nice waterproof one.

Yellow metanium cream – this stuff is pretty good and has worked for us, but it doesn’t always, it depends on the cause of the nappy rash (teething, frequent poos etc). And because it’s so waterproof it’s a bit of a pain when you do want to get it off, so don’t get it on your hands!

Corn starch – not one I have tried, but I have heard lots of people say it’s fantastic, and works well when added to the nappy creams or applied as a layer on top.

Epiderm ointment – haven’t tried this but have also heard it works on nappy rash.

Desitin (purple) – an American nappy cream, we have tried this and despite the weird smell, it does work on milder nappy rash.

Vaseline/petroleum jelly – whichever cream you pick i would recommend adding a layer of petroleum jelly for babies on top. It works to make the cream thicker and protect the skin.

How you clean their bottoms is just as important as the cream you use. Prior to his surgery we used water wipes, which are pretty sensitive, but afterwards we didn’t even want to risk these so we just used water and cotton wool. I brought a travel bottle for cosmetics and filled it with water, we spray this directly on his skin and just wipe with the cotton wool. This worked for ages, however with a more recent persistent bout of nappy rash it didn’t work. We live in a particularly hard water area, and I think the water can be almost too drying on their skin, so I have changed to organic coconut oil and cotton wool now. (Top tip use cotton wool pads, the cotton wool balls just get fluff stuck everywhere!).

I have read some parents say they wash their child each time they poo, this is fab if your at home or have a bedea.

I have also heard some use a hair dryer on a low setting to dry baby bums and set the nappy cream. (Haven’t tried this myself).

You can also buy specific nappy cream brushes, random I know. But they look like a mini silicone spatula and they help you to apply a really thick layer of cream evenly, without getting any on your hands.

Timing is important, you have to change these nappies as quickly as you can. And straight after the op you may find your child is going several times an hour, and then again during the nappy changes. This includes through the night. But because the poo can be acidic the best thing is to just get it off them as soon as you can. Watch out for this on long car journeys aswell.

P.s If you have any other tips or advice to help parents battle nappy rash please let me know and I will add them on to the list.

Also FYI the main image is for comedic value, also because I just watched Wonder Woman 😀

This is a text widget, which allows you to add text or HTML to your sidebar. You can use them to display text, links, images, HTML, or a combination of these. Edit them in the Widget section of the Customizer.